My request is simple. Please be sure the drawstring is at least 6 inches long on both sides AFTER it has been laced through the suit, and please construct it so that the drawstring ties one the OUTSIDE of the suit.
Thank you.
--A Mother of Three Boys


Seriously, people, who has not run across this problem? You first go to the trouble of dragging your kids through the store, wait while they debate and deliberate over color and style, finally pick just the right one, make sure it is the right size (perhaps even big enough to last through next year, too) only to get it home and realize what a pain it is to tie the darn thing with the single inch of slack the drawstring has on the INSIDE of the swim suit!!

We struggled with this issue for all of last summer, including two weeks of swimming lessons. When it came time to look at whether the boys' suits would work for this year, my oldest begged me for a new one. Why? Because he hated dealing with the miniscule drawstring. It wasn't just that you have to be nimble-fingered to get it tied securely. It was also the fact that if there was need for a restroom break (which there always is) you have to do it all again.

Well, the suit is still in great condition. I was not about to fork over good money for a replacement when the one we have can still do the job. My compromise? I checked the drawer for some extra shoelaces (you know, that alternate pair that came with your shoes, but you never used? Yeah, those). Then I sewed two button holes with my sewing machine through the suit, near where the drawstrings come out. I tied the new lace to the old lace and then pulled the old lace out, simply pulling the new lace in its place. I poked the new drawstring through the new button holes, and ta-da! New swim trunks, at no extra cost! I did this with both of the offending suits, and we are please with the result.

Obviously, they won't last forever. But they'll last another summer. And when it is time to retire them and purchase a new pair? We will be checking to see where the drawstring tie.

Posted by Jill at 5:02 PM 1 comment:
Email ThisBlogThis!Share to TwitterShare to FacebookShare to Pinterest
Labels: About Me, Family, Learned Skills

My young daughter is recently obsessed with cutting the tags off of things. Dolls, stuffed animals, clothing, towels--you name it--if it has a tag, she wants to cut it off. It started at her birthday party. She was given a doll with its price tag still having on it. We cut it off with a pair of scissors to reduce the risk of pulling a hole in the doll. Not to mention all the clothes that had tags with need of removal, often with scissors.
Later, we opened a new package of underwear. In the side seam of said underwear was a tag larger than the underwear itself (or so it seemed) printed with the washing instructions. The tag was bothersome, so as each new pair was put on, we then cut out the tag-with scissors.
Now there is a drawer in my kitchen where we keep scissors and pencils and glue-you know the one. In the front of the drawer is a basket that keeps these things from rolling into the black hole that is the back of the drawer. Well, my darling little girl is just tall enough to pull open the drawer, reach inside it, and pull out the scissors, or in some cases, the whole basket. On multiple occasions, I have noticed as sudden hush that has fallen on her playtime. Each time, in find her in the kitchen, in a corner by the back door, with the basket, the scissors, and something new that needs its tag removed.
Well, while she hasn't yet figured out how to maneuver the scissors to do any harm, I figured I had better curb this before she learns. So, I put a few items in front of the basket so it was no longer in the front of the drawer, and therefore out of reach.
Problem solved, right? Not so fast. I went into the kitchen shortly after fixing the drawer to find her huddled up with the scissors and another critter that needed a tag-ectomy. What? She had moved a chair over to the drawer so that she could reach the scissors after she opened it.
One afternoon, my husband came home just in time to find me removing our screaming child from the chair (she didn't want to get down, you see). He asked, "What's going on?"
I explained how she was still getting the scissors, even after I had seemingly moved them out of reach. "Well," he answered, "it could be worse. At least she's not stupid."
Yes. At least she's not stupid.
Posted by Jill at 10:08 PM 2 comments:
Email ThisBlogThis!Share to TwitterShare to FacebookShare to Pinterest
Labels: Family

Posted by Jill at 2:41 PM No comments:
Email ThisBlogThis!Share to TwitterShare to FacebookShare to Pinterest
Labels: Favorite Music, thePianoGuys

I shared this video with my family this morning, and wanted to share it with you, too.
Take a moment to set aside the jelly beans and Reese's eggs to remember why we celebrate Easter.

﻿
I know that my Redeemer lives.
What comfort this sweet sentence gives!
He lives, he lives, who once was dead.
He lives, my ever-living Head.
He lives! All glory to his name!
He lives, my Savior still the same.
Oh, sweet the joy this sentence gives:
"I know that my Redeemer lives!"
-I Know that My Redeemer Lives
Hymn 136, LDS Hymn Book
Text: Samuel Medley 1738-1799
Music: Lewis D. Edwards, 1858-1921
﻿
More videos like this one are available at lds.org/bible-videos
﻿
Posted by Jill at 10:46 AM 1 comment:
Email ThisBlogThis!Share to TwitterShare to FacebookShare to Pinterest
Labels: Holidays, My Faith
Older Posts Home
Subscribe to: Posts (Atom)

Jill
I am a stay at home mother of two boys and one girl. I have a Bachelor's Degree in Family Studies. I enjoy puzzles of all kinds, reading, sewing, and playing with my family. I am an active member of the Church of Jesus Christ of Latter Day Saints. 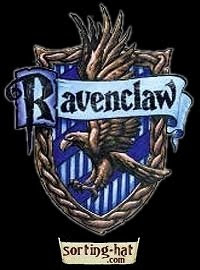